The Social and Community Minga and its Word

The Pre-Congress of the Social and Community Minga was held in the Coliseo del Pueblo in Cali from October 13 - 16. The event brought together indigenous, Afro-Colombian and other social sectors from southwest Colombia to elaborate on how to carry forward the word and action of the Minga's five-point agenda, first articulated in the Indigenous and Popular Mandate of 2004 and brought to the national and international spheres with massive mobilizations last Fall. The Minga has put the national and international spotlight on Colombia's popular movements, demonstrating the dignity of peoples with an agenda of their own. The five points of the agenda illuminate a path for peoples in resistance in Colombia and beyond:

1. No to the Free Trade Agreements and the 'free trade' model.

2. No to all armed actors, each whose presence reinforces the actions of the others and threatens the lives of people in their communities. No more war and terror.

3. No to laws and legislation that evict people from their lands and deny them the right to the use of the earth's resources for sustaining life, laws that instead put people and nature at the service of transnational capital and accumulation.

4. Yes to the Colombian government honouring its agreements with indigenous, Afro-Colombian and other communities.

5. Yes to weaving an agenda of the peoples. All causes are our own.

This agenda has mobilized tens of thousands of people across Colombia, Latin America, and the world. At the march in Cali this past October 16, some 30,000 people walked together from the Coliseo del Pueblo to the centre of Cali. There were two other Pre-Congresses in Cartagena and Bogotá. People also marched in solidarity in other countries, such as Peru and Ecuador.

The mobilizing capacity of the Social and Community Minga has also garnered much attention from outside, which has arguably threatened its autonomy as a process of political and social change and community-based resistance. With the massive influx of interest from international funding agencies, some of the participating organizations have sought to change the Minga's agenda. These changes are not expressed explicitly but through subtle manoeuvres and strategic re-articulation of the five points, such as placing opposition to the FTAs alongside laws of eviction (calling not for their rejection but a public 'discussion') and replacing the first point with one that focuses on human rights, reflecting the interests of hundreds of NGOs and funding agencies operating in Colombia. That is not to say that human rights is not an important issue. The problem is that the changes to the agenda have occurred without discussion and debate, outside the spirit of the communities that have given the Minga its force; decisions are now being made through the leadership of organizations in private discussions with funding agencies, and the tens of thousands who continue to participate in the Minga are thus largely unclear on how the five-point agenda currently stands. In sum, there is much confusion.

The following notes, courtesy of some of the primary defenders of the original spirit of the Minga, the Tejido de Comunicación in Northern Cauca, not only provide journalistic reports of the events of the Pre-Congress in Cali earlier this week but also provide an analysis that focuses on the voices of the participants, those who have walked the word in every sense and right from the beginning. We share them in English below:

The Minga and its word move on
“I don’t care about the traffic [caused by the march],” said a taxi driver stopped outside the Coliseo del Pueblo. “Someone has to do something different. This country is full of blind and ignorant people, people who refuse to see their own reality.”
http://www.nasaacin.org/noticias.htm?x=10652

Colombia has to wake up
In improvised tents, the communities will rest in the city of Cali until Friday, ignoring discomforts. They will continue walking the word woven from thought and feeling, from the teachings of the elders to defend the agenda of the Social and Community Minga that began with the Indigenous and Popular Mandate in 2004.
http://www.nasaacin.org/noticias.htm?x=10649

The Popular and Campesino Minga attacked by the Public Forces
On the 12th of October, the Campesino and Popular Assembly, which includes about 2,000 campesinos, students, and popular sectors in the departments of Cauca, Nariño and Huila, began a session of reflection in five working groups to establish the central points and proposals to present at the Pre-Congress [of the Social and Community Minga] to be carried out in the city of Cali on the 14th and 15th of October.
http://www.nasaacin.org/noticias.htm?x=10651
Posted by Vancouver at 6:11 AM 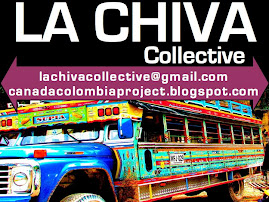 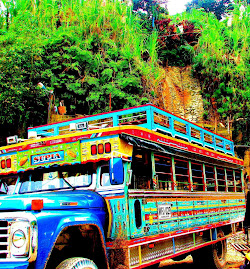